Promotional USB flash drives are always in demand due to their portability and a growing need to store information for personal, commercial, or sensitive purposes. Businesses can capitalize on this opportunity by selling branded USB flash drives on the market. Metal, wood, plastic, and even jewelry-embroidered flash drive casings are all options, not to mention the different designs of flash drives, such as bracelets, keychains, and actual keys. Companies can also opt to adorn their branding on flash drives as part of their marketing campaign. They can even go further by pre-loading information about their company onto the drives. The possibilities are endless!

Of course, it’s not easy to find a suitable USB flash drive manufacturer that is able to meet demand. If you are having a hard time looking, LancyPromos lists down the top manufacturers from the USA and China that are up to the task.

XPress has operated as a service company and a manufacturer since 2012. While it mainly specializes in packaging and printing, it also produces smaller USB flash drives as part of its promotional products.

It mainly caters to a clientele that engages in marketing and is in need of promotional products and software distribution means. It rakes in at about $9 million annually.

Operating since 1982, Maximum Productions is a company that distributes and manufactures all types of products. While it mostly focuses on flags, flagpoles, banners, and anything else that is promotional.

It also produces USB flash drives with its client’s logo on them. It makes around $4.9 million per year.

It caters to many industries, including electronics, automobiles, food, machinery, and the like. They also provide other services to their clients, such as consulting, training in automation subject matters, robot maintenance, and technical support. It proclaimed it was worth at least $8 billion.

The Spoiled Office is a company that makes promotional items. The company started in the 1990s as a small enterprise that grew over the next 20 years.

Most of the items, including USB flash drives, are usually custom-made and printed with logos according to approved virtual proofs. Its other services include designing artwork, marketing, website creation, etc.

Since 1991, Super Talent Technology has been an electronics manufacturer that produces memory modules and storage devices, including USB flash drives.

It also allows the option to, albeit limited, customize their flash drives with logo printing and custom packaging. Its focus on clientele is catering to automotive industries, IT companies, and manufacturing hubs because of its lucrative operations.

It rakes in about at least $100 million per year.

USKY Technology was founded in 2008. The company has positioned itself as a leading manufacturer of high-quality, custom-made USB flash drives with intricate designs.

It produces over 16 million items per year, raking in over $4 million. USKY Technology also maintains relationships with various supply chains in order to sustain its operations.

Customers only need to send a design or even a picture of what they want for their flash drives, and the company will design and produce them based on their specifications.

Ruitek Electronics has produced electronic gadgets for over 14 years since opening in 2008. The company mainly manufactures USB flash drives, wired and wireless chargers, and power banks.

It has the capacity to make over 1 million units of flash drives in just a month. The company usually caters to the markets of Europe and the United States.

It also boasts an R&D division responsible for over 200 models with certifications (i.e., RoHS, CE, FCC, and Reach) under its belt.

Baolifeng Opto-Elec is a manufacturing company specializing in designing and producing USB flash drives. With over 10 years of operations, they produce all kinds of distinct casings for their flash drives,

such as using metal, wood, plastic, and PVC materials. It even produces flash drives embroidered with jewelry. The company has an edge on OEM and ODM, and its products are certified under CE, RoHS, and SGS.

Naturally, all of its products undergo QA tests before shipment.

Despite being relatively new in the industry since 2018, Lingdechuang Technology quickly asserted itself as a reliable producer of storage devices, such as USB flash drives and SSDs.

Its products are in high demand among regular consumers and people within the commercial, scientific, and military fields. It takes pride in achieving the ISO 9001:2015 Quality Management System certification.

It has an in-house R&D lab that is responsible for its products.

WorthSpark has operated for at least 12 years, making USB flash drives and wireless chargers. Its casings for flash drives include bracelets, LED panels, leather shrouds, and the like.

It prides itself on cultivating its relationship with clients over short-term gain. Its services include free samples, virtual proofing, and in-depth discussions with its clients.

Most of its clients are large corporations, such as Casio, Sony, and FedEx. Its products are certified under CE, FCC, RoHS, Reach, and BSCI.

LancyPromos is a US-based supplier of custom items such as USB flash drives. We also have offices in China to collaborate with regional manufacturers in order to produce such items. Clients can customize their flash drives with logos, materials, and designs. Each order is checked under scrutiny as part of quality assurance. Orders will take around 2-3 weeks to arrive. Contact LancyPromos for your very own batch of flash drives! 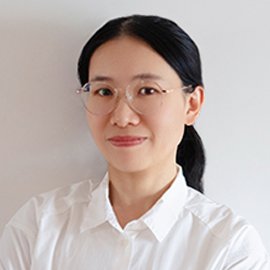